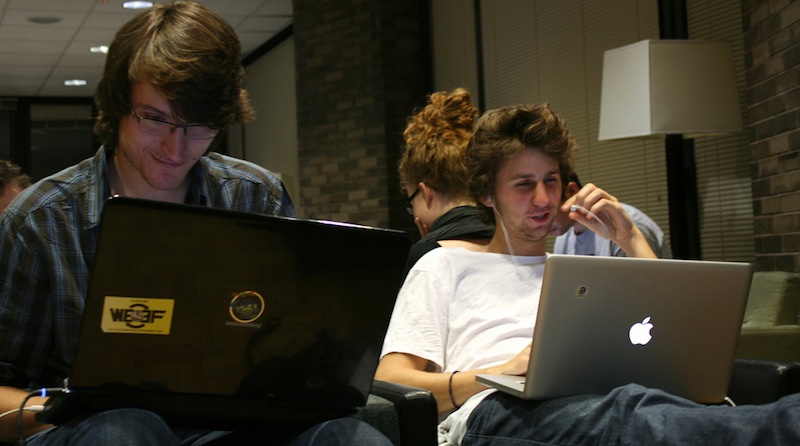 Imagine this. You’re a project manager. You look out into your bland, white, open office space full of employees—all of whom seem to be typing and clicking feverishly at their computers. Well, all except one. There’s this one guy in the corner… What is he doing? He looks like he’s moving through molasses, he’s so slow. Oh, wait—now he’s just kicked back in his seat! Is that guy doing any work at all?

Your instinct is to assume that this individual must be your worst employee, that he must have the lowest output of anyone on the floor. So you take out last month’s ticket reports and crunch some numbers regarding his performance. You’re sure these numbers will confirm your suspicions, but…

Wait a minute. This doesn’t seem right? You add up the figures again, but get the same result. It turns out this guy has the best numbers on his team. The highest in the whole department? How could that possibly be? Just look at him. He’s not doing anything!

The Secret Power of Lazy People

You may be surprised to hear that employees most often described as lazy by their managers are often found quantitatively to be the highest performers in their given departments.

Research on the subject seems to have found that these folks, as a direct result of their laziness, wind up finding the easiest, most efficient way of doing things—typically because they’re looking to get the job done with the least amount of effort possible.

While your harder working folks are simply toiling away, putting in whatever effort it takes to get the job done—that lazy employee is thinking up a genius way to achieve the same results doing the least he possibly can.

There’s a quote often (and questionably) attributed to Bill Gates that says this:

Experts say the quote likely didn’t start with Gates—it originated with a man named Frank Gilbreth Sr. in 1947. Gilbreth was a researcher, and he conducted a study on the patterns of a team of bricklayers. He found that the lazy workers found the most innovative ways to eliminate the most excess motions and outputs of effort. He was able to learn the most from the lazy workers about the most efficient methods of bricklaying. There were zero extraneous motions in these men’s techniques—they did exactly what was necessary to get the job done and no more.

Gilbreth’s idea caught the attention of not only Bill Gates but also Walter Chrysler, founder of the Chrysler car company. In their own words, these two brilliant businessmen have each suggested that they rely on their laziest employees for setting the standards of efficiency in how to get rote, repetitive tasks accomplished.

Simply put, the lazy workers proved themselves to be the most innovative in simplifying processes.

Among certain circles, developers and programmers seem to have a particular reputation for being lazy. Heck, there’s an entire site dedicated to excuses lazy developers make to get out of doing work! And, ok, we’re not discrediting the idea that developers can be a lazy bunch. But what if that is an essential part of what makes them great?

Really, hear us out. We’re not making this up. In fact, Larry Wall—original author of the Perl programming language—once declared laziness among the three virtues of a great programmer.

After all, isn’t the goal of most products to provide the customer with the easiest, most efficient way of meeting their need? If so, who better to determine that than someone who is so lazy, he literally couldn’t be bothered to click one extra button? You may be a professional in project management, but he is a professional in time management.

Lazy developers insist on creating simple, intuitive products because that’s all they’re willing to use. Their laziness gives them the divine ability to identify and remove every superfluous step.

So, next time you look out at your employees and see that one guy who seems to be doing little to nothing at all, don’t rush to judge him. In fact, take the time to watch how he works—you might be able to learn a thing or two about how to make the rest of your team a little more like him.